According to the National Institute of Health, Apraxia of speech (AOS) is a speech sound disorder in which an individual has “trouble saying what he or she wants to say correctly and consistently.” This neurological disorder affects the brain’s ability send messages to the mouth to produce speech and sequence speech sounds.

There are misconceptions about Apraxia, but it is important to know that a child with Apraxia knows what they want to say, but there is a problem with how the brain tells the muscles of the mouth to move.

What are Some Signs of Apraxia?

Not all children with apraxia are the same. Your child may show some or all of the signs below. You should contact a Speech-Language Pathologist if your child is over 3 years old and exhibits the following signs:

Children with Apraxia may have other problems, including difficulty with fine motor skills; delayed language; or problems with reading, spelling, and writing. 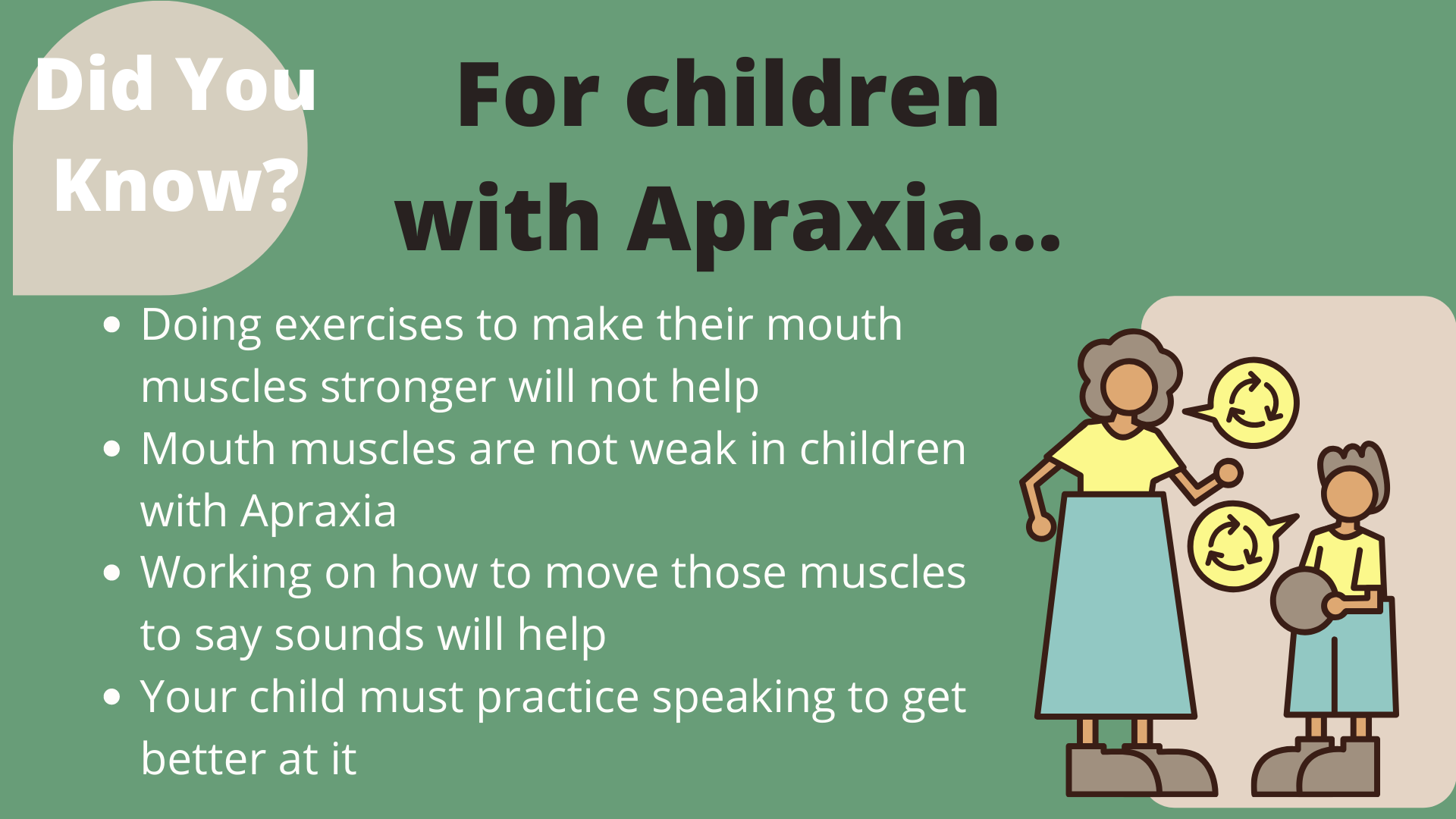 Apraxia of Speech in Adults

Adults may also experience Apraxia of speech usually due to brain damage, which may make it difficult for messages to go from the brain to the mouth. Adults with Apraxia might not be able to move their lips or tongue the right way to say sounds or be able to speak at all. A speech-language pathologist (SLP) can test your speech and language. This will help the SLP decide if you have apraxia or some other problem. The SLP will look at how well you can move your mouth, lips, and tongue and will listen to how your speech sounds in single words, sentences, and conversation. The SLP will test how you understand what others say and how you use words to tell others about your thoughts.

How Can Granite Bay Speech help with Apraxia?

The goal of therapy is to help you or your child say sounds, words and sentences more clearly. Clients will learn how to plan the movements needed to say sounds AND make those movements the right way at the right time. At Granite Bay Speech, we work with both clients and their parents to tailor therapy sessions that meet individual needs. We use therapy sessions to support our clients and help them meet their communication goals.